Are You Locked Out In Birmingham? Have You Lost Your Keys? Our trusted Birmingham locksmiths can unlock your door and get you back into your property. 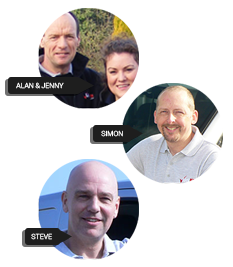 "On arrival, he quickly assessed the work needed and I was back in the house, despite the complexities of the lock, within 15 mins. " - Lesley Addison, Nuneaton

Our professional, uniformed and DBS checked Birmingham Locksmiths are available 24 hours a day throughout the West Midlands to attend all manner of locksmith work including repairing broken or damaged locks, gaining entry, home security surveys and more.

We know that when you're locked out in Birmingham, or you've lost the keys to your home or office, you need a locksmith who can get to you fast and unlock your door. Our Birmingham Locksmiths live and work nearby and can get you back into your property without causing any needless damage to your locks, cylinders, handles or door frames.

Our professional Birmingham Locksmiths and lock installers can fit, replace or repair all manner of locks including, but not limited to :

If you are looking for a local locksmith near you then LockRite can help! Our locksmiths are experts in lock repairs & replacements, lock maintenance, emergency entry, home security and more.
Are You Locked Out? Have You Lost Your Keys? We can unlock your door and get you back into your property.

&quotAlan arrived last night as an emergency locksmith, my son had pulled the door shut behind him, with the keys on the other side. Alan was in in seconds, we were so happy to be back in our house."

No need to panic! If you're in desperate need for a professional locksmith, we can help. We attend 1000's of emergency locksmith jobs in the West Midlands every year for people who have misplaced their keys and locked themselves out. We don't charge a call out fee and we could be with you in just 30 minutes* to unlock your door and let you back in.

If you're finding it difficult to lock your door or you can't lock your door at all, it's possible that the lock may need repairing or replacing depending on the circumstance and the nature of the issue. Where possible, we will repair the lock rather than charging for a new one. In some instances a lock replacement cannot be avoided and will be the best solution.

What To Do If You Can't Lock Your Door

Our Birmingham Locksmiths live and work in the locality they serve or they live close enough for a short commute to you. This means our locksmiths can be with you quickly and it also means that you are using and supporting a local locksmith while having the reassurance of using a nationwide company.

All of our Birmingham Locksmiths are DBS checked for your peace of mind. LockRite provide a 90 day guarantee on workmanship and all parts we use have a 12 months manufacturers guarantee. Our help desk team is able to take your calls 24/7. To discuss any queries call 0121 668 0009.

There's several reasons why you might need new locks ; old locks can become difficult to lock with age, you may need to upgrade to British Standard locks to meet insurance requirements, others may have the keys to your home, or you may simply want an upgrade. If you need your locks replacing on your uPVC, Wooden or Composite doors, we can help. Our experienced locksmiths can give you their advice and let you know what's best for your circumstances.

If you've been burgled and there's been damage to your locks, it's important to get a locksmith to repair damage where possible and make your home secure. We can repair or replace locks that have been tampered with. It's possible (depending on the entry point) that a burglar will take your keys on their way out and let themselves back in at a later date. we can also board damage caused to your windows and glass doors.

If you've recently bought a new home or property in the Birmingham area, it's worth thinking about getting a lock smith to change your locks. Often, previous owners will have taken spare keys with them, or given some to family and friends to tend to the property whilst they've been away on holiday or have left the house un occupied for a number of days.

Our West Midlands Locksmiths can provide a home security survey and give you advice on how to better secure your property to protect against burglaries and to meet Insurance Standards.

In 2013 a group of men were jailed for a spate of burglaries that involved snapping the lock cylinders of uPVC doors.
Four Men Jailed Over Lock Snapping Burglaries

How to Prevent Burglaries in the Birmingham Area

Birmingham may not have the annual crime rate of some of the more notorious cities in the UK, but it’s by no means ranked well amongst other cities in the nation. To give an idea of the numbers, the Mirror’s database of crime statistics compiled for cities and towns across the UK ranks Birmingham in roughly the bottom third of all the communities it monitors.

Another way of framing that statistic is to say that more than five out of every 100 residents in Birmingham fell victim to one of the crimes listed in the database over a six month period. These include everything from violent crime to theft and burglary – with a great deal in between.

To provide context for the current state of criminal affairs in Birmingham, we’ve excerpted a few statistics for you below. In each case, the figure given indicates the number of people out of 100 residents affected by a particular crime:

While Birmingham isn’t nearly as dangerous a place as, say, birmingham City or Manchester, it still has plenty of room for improvement. And even as the overall rate of burglaries in the greater Birmingham area has been decreasing recently, daily incidents are still part of the equation. With that in mind, it’s important to stay vigilant and to avoid being lulled into a false sense of security.

And for a person who has become the victim of a burglary in Birmingham, telling them that the overall crime rate is in decline isn’t going to be much consolation. On the contrary, once a crime has affected your life in a personal way, theoretical statistics become more or less irrelevant.

Victims of Burglary: A Major Intrusion

From November 2014 to December 2015, shoplifting and overall ‘anti-social behaviour’ constituted the majority of reported crime in Birmingham, according to UK Crime Stats. Burglaries made up a much smaller slice of the pie. But for those 114 property owners who reported a burglary during that period, the damage was real.

Even in the event that nothing of significant value is stolen, the mere invasion of a burglary is unnerving. Knowing that a stranger has been in your own private space, rifling through your belongings and helping themselves to your possessions is off-putting – to say the least.

Many who have been burgled find that the feeling of discomfort remains with them for some time, even after they’ve got over the financial fallout of replacing stolen or vandalised property. Needless to say, it’s preferable to make a point of securing your property with strong locks and other barriers to entry. 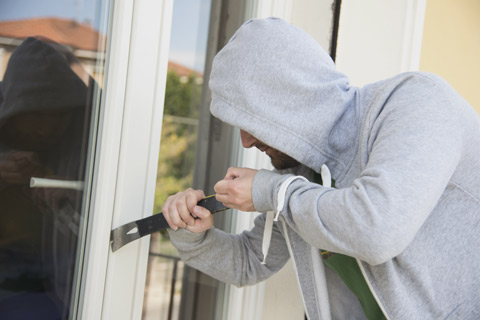 Whether you’ve already been burgled, lost your keys or would simply like a second opinion on the security level of your home or office, don’t hesitate to contact LockRite. We’ll have a look at your property, replace your locks and – whenever possible – offer suggestions on how you can maintain more secure premises.

All of our locksmiths are local, and that works to your advantage for a variety of reasons. To begin with, we can reach your property in 20 to 40 minutes to help remedy the situation and get your property back on the right path. Best of all, we’re available 24 hours a day.

But being local also means that we know the neighbourhoods in and around Birmingham. We’ve responded to countless calls in the area, and we know when, where and how break-ins are likely to occur. Contact LockRite today to see how we can help.

These photo's are taken from real jobs attended by one of our Birmingham locksmiths. 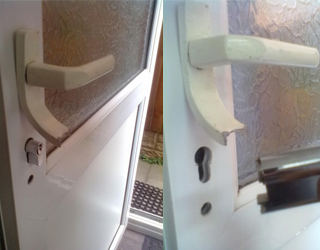 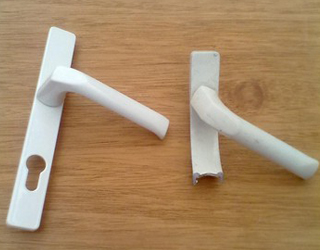 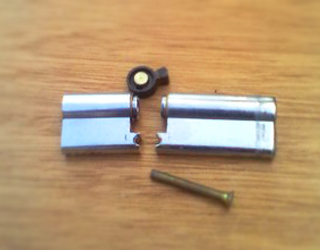 What Is Lock Snapping and How Can It be Prevented?

Lock Snapping is a relatively new technique used by burglars to break into homes around the country. The Birmingham Mail recently reported how a gang of burglars were jailed for a 'lock snapping' burglary spree in Birmingham. As this method requires brute force, the entry is destructive and will leave damage to the victims door, often requring the replacement of both the lock cylinder and handle.

Videos online show this technique being used to break into homes in under 20 seconds.

So how can you protect yourself against this sort of burglary?

You shouldn't be frightened of lock snapping but you should be aware of the problem and the ways to protect against it. Ask one of our Birmingham locksmiths to take a look at your locks and let you know how you could improve your security.

You should ensure that your lock cylinders do not protrude past the handle of your door, as this will make the life of a burglar much easier if they were to try to snap the lock. We can fit British Standard, Anti Snap locks to your doors to prevent this type of attack.

We have a network of expert locksmiths across Birmingham. Find your local locksmith now

We have a network of locksmiths that cover Birmingham, you can find a small selection of them below ...

We carry out all forms of general locksmith work including gaining entry without unnecessary damage, securing properties after a burglary or break in (repairing damage to locks or replacing locks if needed, boarding of broken windows), general lock changes, key cutting if we're on site, and we can also provide security surveys to ensure your home is secure.

We provide a 90 days guarantee on workmanship and 12 month manufacturers warranty on parts, giving you peace of mind. LockRite is CHAS accredited as well as ISO9001 registered which demonstrates we take our health & safety responsibilities seriously and have proven our ability to consistently provide products and services which meet customer and applicable statutory and regulatory requirements.